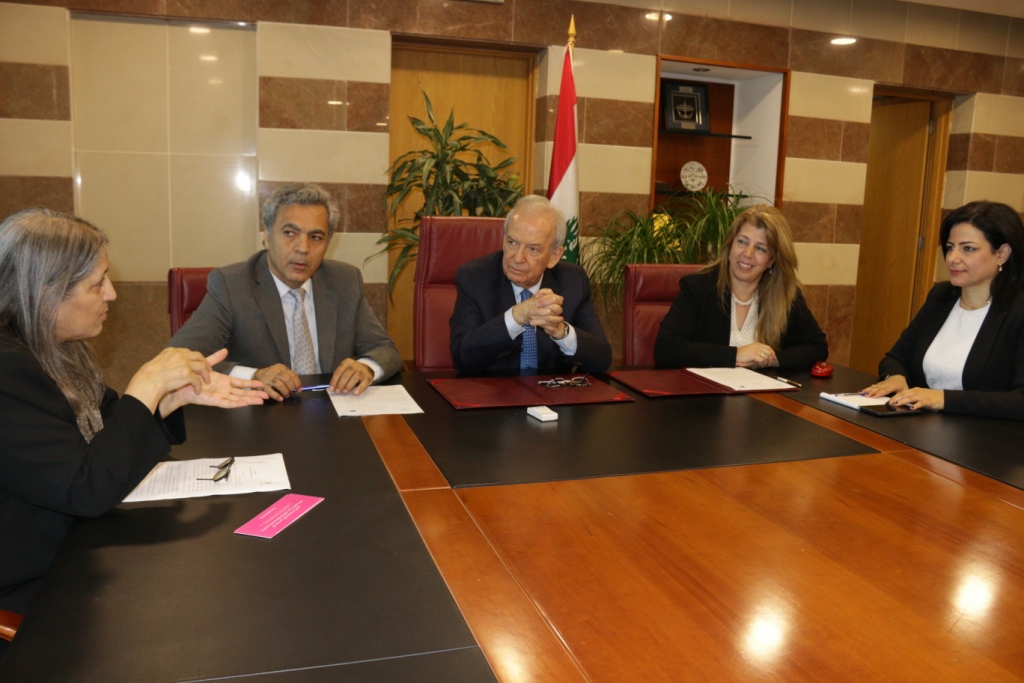 For the first time in Lebanon, the culture of non-violence will be officially at the heart of the education system, public and private, classical and technical. Not only will it appear on the menu of the next school programs, as part of the development of these programs, from kindergarten to secondary classes, but the entire education system should be impregnated, teaching, management of schools, school life, playgrounds, school transportation, the relationship between students, that between students and teachers…

On the initiative and upon the long life experience of AUNOHR’s founder, Ogarit Younan, an agreement was signed on May 15 between the Ministry of Education represented by Minister Marwan Hamadé and the CRDP’s President, Dr. Nada Oweijane, (the Center for Pedagogical Research and Development), and AUNOHR represented by its president, Dr. Issam Mansour.

The initiative aims to “institutionalize the culture of non-violence,” says Younan as well as Dr. Oweijan.

This prompted the Minister of Education, Marwan Hamadé, to say, after the signing of the agreement, that it is “one of the most beautiful agreements that I signed during my mandate in the Ministry of Education." And this in a desire to highlight the crucial nature of the culture of non-violence for Lebanon.

“Changing people’s minds must start in schools and from childhood,” says Younan. To do this, AUNOHR founders had already developed multidisciplinary material for education during more than 30 years of theoretical innovations and practical projects all over the country. It must now develop the appropriate curricula, but also train the trainers and the teachers who will go on the ground.

This is certainly not the first time that the concept of non-violence is privileged within the Lebanese institutions. In 1997, Ogarit Younan was already a consultant to introduce this principle into school curricula. “But just a few chapters have been changed,” she notes, adding that at the time, “it was a first step”. With the signing of the new agreement, the hope of growing up in a non-violent environment is now at hand for the new generations of Lebanon and later in the Arab world.